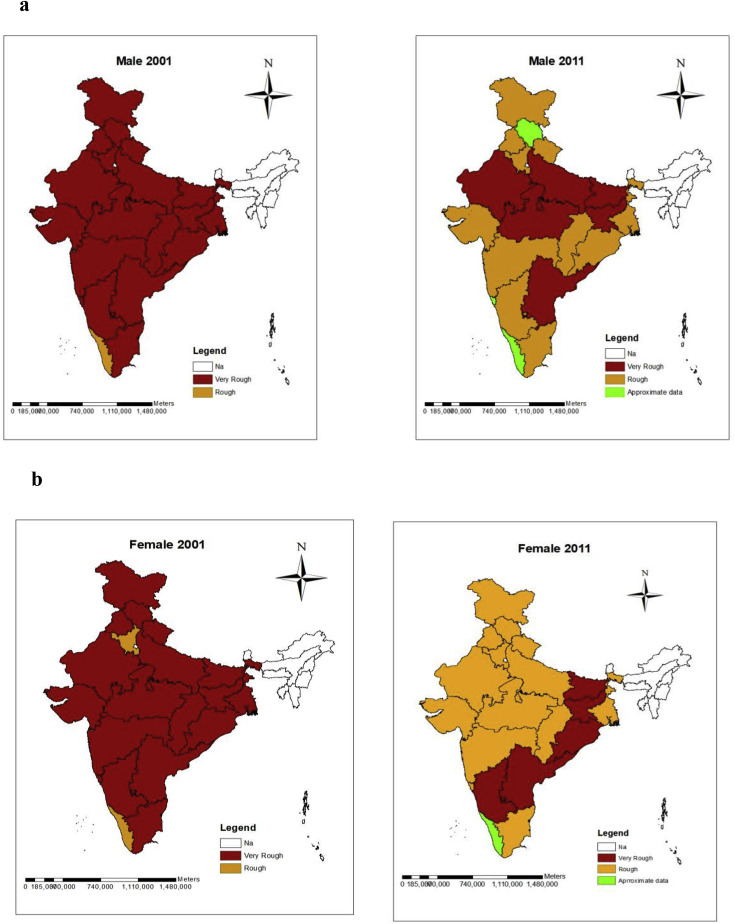 The census is one of the most valuable sources of information on demographic data. The census is a systematic procedure of recording information about a population in a definite area or boundary. The census facilitates the decision-making of the policymakers and thus helps common citizens of the country. The Indian census when first implemented in 1872 faced a conundrum situation, but since then it has come a long way. It is static as well as dynamic in nature. Static in the sense that it gives a broad picture of a country at a particular time point and dynamic within the meaning that every new census data can be compared to previous censuses. The dynamic nature of census helps in assessing the magnitude and direction of the demographic indicators and also it helps in evaluating implemented policies and paves the further course of action for the policymakers.
All in all, the census is of utmost important, and the usefulness of census cannot be denied. Keeping the important factor aside, there is one important aspect, which needs serious concern is the reliability of census data regarding age. Information on age data collected in census or other surveys suffers from various reporting errors from age not reporting to digit preference while recording the age. Usually, the census suffers from age under enumeration and age distortion due to people's tendency to rounding off or liking or disliking some digit, but apart from these facts census also suffers from age not reporting.
In the census, usually the head of the household provides information regarding all household members, and it is assumed that the head of the household knows the correct ages of all the members of the household. But in Indian society people do not give importance to knowing their age, knowing other's correct age seems a doubtful condition.
1
Age misreporting and age-selective under enumeration: sources, patterns and consequences for demographic analysis.
in: Committee on Population and Demography. National Academy Press, Washington, D.C1981
Therefore, there is a high chance of reporting just an estimate of ages or some time not reporting the ages of other household members.
2
Age reporting in Indian census: an insight.
in: Paper Presented at the 26th IUSSP International Population Conference. Morocco. 27 Sept-Oct. 2009
Several studies have been done on errors in age misreporting such as age preference or digit preference in the census.
1
Age misreporting and age-selective under enumeration: sources, patterns and consequences for demographic analysis.
in: Committee on Population and Demography. National Academy Press, Washington, D.C1981
,
3
Type of age reporting errors in the census data of Indonesia.
Demogr India. 1974; 3: 287-305
,
4
Adjustment of age data for India's census population.
Demogr India. 1980; 9: 274-285
,
5
Census single year age returns and informant bias.
Demogr India. 1980; 9: 286-296
,
6
On quality of age data for population count-1981, in Indian states.
in: Paper Submitted to the Annual Conference of Indian Association for the Study of Population, Held at Indian Institute for Management, 24th December to 27th December,1984, Bangalore. 1984
,
7
Errors in age reporting in India, a socio-cultural and psychological explanation.
Indian J Soc Work. 1986; 47: 127-135
The age in the Indian census has been recorded in numbers, and that gave rise to one of the most common human biases known as digit preference. It is human tendency to opt for certain digits while getting their age recorded in the census. It is a grave concern and needs overhauling. Age is one of the most important demographic attributes that suffer human biases. It is necessary to evaluate data and to identify the types of age reporting errors before analyzing other things because these errors may affect the other estimates. Age distribution plays an important role in analyzing various demographic parameters like estimates of fertility, mortality, and marriage, etc. In more than a century history of the census, digit preference remained a problem by large. It was only in 2011 census, date of birth was recorded for the first time and before that only age has been registered in the census. The broad objective of this paper is to access the quality of age reporting in the census and also to find if there is any improvement in age reporting in India and states between 2001 and 2011. Errors in reporting age in the censuses can be seen in under-enumeration of children at age 0 and 1, overstatement of age at older ages to get benefits of government-run old-age benefits schemes, heaping at particular digits like 0 and 5, avoidance of certain digits like 3, and reports of persons of unknown age.

2. Background of the study

Data on age are essential for understanding population dynamics. Population projections and other population estimates like fertility, mortality, or migration can be studied with the help of age data. The age data can pave the way for studying the distribution of the population in any field like estimates of the school-age population, estimates of the number of voters, estimates of people entering the labor force, and so on. Age data distribution is also very helpful in planning social services and implementing social policies. The existence of misreporting of age data is a stumbling block to proper planning and decision-making. Age misreporting is a very recurrent problem in developing societies. So, it becomes imperative to understand the extent of age misreporting in India.

This study utilized data from last two rounds of censuses conducted by Office of the Registrar General & Census Commissioner, India. The socio-cultural series of census 2001 and 2011 for single year age group are used to full fill the objectives.
To access the quality of age data first, we calculated the rate of age not stated (per 100000 Population). Since not reporting age is a visible problem in developing countries and is a serious phenomenon. To access the age heaping, we have used two different indicators' Whipple's index and Myer's blended index. Whipple's index measures the digit preference of age ending with digit 0 and 5, while Myer's blended index gives the liking and disliking for all digit from 0 to 9.
8
Methods of Appraisal of Quality of Basic Data for Population Estimates. Manual 2.
United Nation Publication Sales, 1955
Both the indicators represent two different phenomena of digit preference, and together they provide a wider picture of age heaping.
Whipple's index measures digit preferences for the ages ending with 0 and 5 in a given population. It measures the digit preferences only between the age of 23 and 62. Outside this range, shifting and other problems tend to confuse the pattern of age heaping.
The value of the index is divided into 5 categories ranging from highly accurate to very rough. If WI > 175 data falls in the very rough category if WI ranges between 125 and 175 it shows data is rough, if 110 < WI < 125 then data represent approximate data, and if WI values lie between 105 and 110 it means data is accurate. As WI value decreases the quality of data seems to be good. If WI value comes under 105 that shows data is highly accurate.
Myer's blended index measures the extent of preference or dislikes for all digit 0 to 9. It takes care of the effect of rapid changes in fertility or mortality in any population. The principle employed in this method is as follows, first to count the number of people at ages ending with each of the 10 digits in the population beginning with age 10 and ending at age 89. Second to do the same thing beginning with age 20 separately, third to blend them in the ratio of x+2 and 10-x-1 for the number ending with digit x. Fourth, compute the percentage of the blended sum to total, and fifth take the absolute deviation of this percentage from 10. Finally, compute the average of the results over the 10 digits. The value of the index ranges between 0 and 90. The higher the value of the absolute deviation for a digit, higher the preference or avoidance for the digit.

This article does not contain any studies with human participants or animal performed by any of the authors.

Authors declare no conflict of interest. We did not get any financial assistance to carry out this study and results are free from influence of any organization. The views expressed in this publication are those of the authors and not necessarily those of the organization.